Now naturally these quotes aren’t for everyone, but chances are if you are reading this article, you are a male. So these man quotes might just be applicable to you!

In these crazy times we live in, there is definitely a section of the population that take offense at anything “manly” or types of content “for men”.

But that doesn’t mean we can’t talk about being men, manlihood and the things we as men experience which no other sex would understand.

When it comes to man quotes, there are so many out there to pick from.

They touch on topics such as strength, courage, motivation and the general ups and downs of being a man.

The Best Man Quotes Every Guy Needs To Read

Below are our very favorite man quotes which many of us could use as some inspiration, motivation or when we feel that we need some encouragement!

#1. “The real man smiles in trouble, gathers strength from distress, and grows brave by reflection”

#2. “The stronger a man is, the more gentle he can afford to be”

#6. “If a man’s mind becomes pure, his surroundings will also become pure”

#7. “The true measure of a man is how he treats someone who can do him absolutely no good”

#8. “Real men stay faithful. They don’t have time to look for another woman because they’re too busy looking for new ways to love their own”

#10. “To be a man requires that you accept everything life has to give you, beginning with your name”

#14. “If you want to see the true measure of a man, watch how he treats his inferiors, not his equals”

#16. “Waste no more time arguing about what a good man should be. Be one”

#17. “The mark of a great man is one who knows when to set aside the important things in order to accomplish the vital ones”

#18. “A man who is a master of patience is master of everything else”

#19. “Courage is contagious. When a brave man takes a stand, the spines of others are often stiffened”

#20. “We are all ready to be savage in some cause. The difference between a good man and a bad one is the choice of the cause”

#21. “A smart man makes a mistake, learns from it, and never makes that mistake again. But a wise man finds a smart man and learns from him how to avoid the mistake altogether”

#25. “How do you know a man is thinking about the future? He buys two cases of beer instead of one”

#26. “How many roads must a man walk down before he admits he’s lost”

#29. “I always thought it was me against the world, then I realized it’s just me against me”

What are your favorite man quotes? 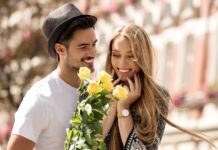 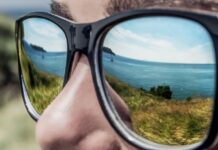 25 Best Sunglasses For Men Every Guy Needs To See 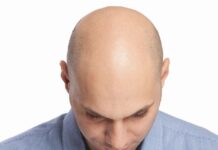