Human beings are creatures of habit.

We become what we do and think of over a consistent period of time, which then forms a habit. And habits become part of our daily routines and set us off in a general direction or path in our life.

Habits can obviously be good and bad, but the real problem lies in not knowing whether the habit you have developed is a good one or a bad one.

How To Change A Bad Habit: Why Are Bad Habits Formed?

If a person repeats the same behavioural patterns over and over, it is very likely to turn into a habit.

When you keep doing something over and over again, certain neural pathways are activated in the brain. Thus it becomes much easier for the brain to do the same thing again.

Most Bad Habits Are Mainly Caused By Two Things:

Bad habits are simply a way of dealing with either stress or boredom.

For example, everything from biting your nails, to spending money on unnecessary luxury items, to drinking on weekends, or spending way too much time constantly scrolling through your Facebook feed can be a simple response to stress or boredom.

A bad habit is a negative behaviour pattern.

There are many bad habits, but I personally find these 7 to often be present in my life or that of my mates.

The most common examples of bad habits include the following:

Obviously there are many more, but these 7 above are usually the most common bad habits amongst us all!

Can you relate to any of them?

So Why Should You Change A Bad Habit?

It goes without saying, that if you want to take a different path or direction in life you need change what you do on a daily basis.

Doing the same thing over and over and expecting a different result is ludicrous and plain stupid.

Being open to change is difficult for most people to do, as it requires you to go out of your comfort zone. This then causes most of us to resist it, leading us to never change what we do.

Let me give you an example.

You want to lose weight, but you don’t want to change your eating habits because you are always finding excuse such as “Life’s too short”, “YOLO” or “I am just not being able to say no”.

Changing a bad habit has a direct link to being resistant to change. The longer you resist the change, the harder it is to change the bad habit.

How Long Does It Take To Change A Habit?

According to studies, on average it takes roughly 2 months before a behaviour becomes automatic and second nature.

The time taken to form of a new habit can vary widely depending on the behaviour, circumstances and the persons willpower and determination in trying to change their habits.

6 Steps To Changing A Bad Habit

Below are 6 simple steps you can use to change a bad habit, and create more positive habits!

#1: Identify The Underlying Cause

All habits have a function, good and bad! Mindless eating can be a way to comfort yourself when feeling down and drinking may be the only way you know how to be social. If you want to break the bad habit, you have to come to grips with whatever function the bad habit is serving.

#2: Deal With The Real Problem

Sometimes dealing with it is relatively easy. Even if you feel guilty for having a bad habit, you are not likely to stop it unless you come up with another to deal with its function.

Something positive has to be done and put in place.

Positive can also be painful but important like dealing with your feelings instead of stuffing them down with food, or getting into therapy with your partner instead of numbing your problems away with video games or alcohol.

Committing a promise to a piece of paper has proven to be more real than a verbal promise. Research has shown that writing down your goal, keeping it handy and repeating to yourself a few times a day can help you stay on track.

#4: Get Yourself A Buddy

Being accountable to others is a powerful incentive to keep on going. By giving and receiving help, you keep your goal in focus. Be accountable to a person (or something virtual) just helps you stay on track.

#5: Give Yourself Enough Time

Conventional wisdom says it takes 3 weeks to break a habit. This is just not true. Habits are hard to break because you have trained your brain to make it automatic behaviour.

You can get a good head start in 3 weeks, but current research shows that you need 2 months to substitute a new behaviour for a bad habit.

Some just need a gentle, powerful way to stick to the project for the rest of their lives.

It’s only human to slip up but its not a reason to give up. A slip up provides you with data and most importantly recognising the slip up.

If you are one of those people that has already identified that you have a bad habit then you are 90% of the way there. Thats the hardest part… identifying the habit and being self critical.

Always remember to not beat yourself up over your bad habit BUT if you want to take a different path in life, then you need to change what you do on a daily basis, which is most probably your bad habits! 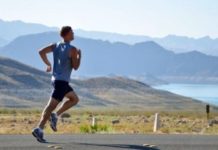 10 Healthy Habits Of Fit People You Never Even Knew About 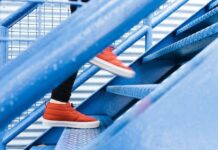 30 Healthy Habits For Men You Need To Be Practicing 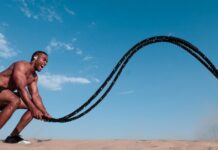 Reasons Every Man Should Be Getting Strong & Fit