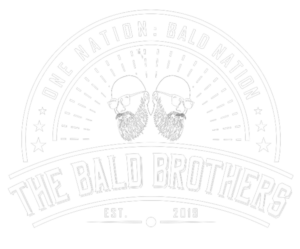 The number one piece of advice for balding guys I give is always the same, no matter how bald they already are. And that advice is simple: just shave it off!

It’s a massive issue amongst so many men, both young adults and even older men.

You begin to notice at the age of 18 or 19 (or even later) that you are losing a few too many strands of hair. And you fear the worse.

Yet you still hope and pray that it’ll stop and you won’t be just another guy about to start going bald.

The process of losing hair as a man is pretty much the same with everyone.

You start to notice it before anyone else. Because hey, no one pays as much attention to your body that you. Right?!

But you try work around it to ensure nobody will ever notice.

This is OK for a year or two, but slowly it starts to show more and more.

You find yourself loving baseball caps, hate getting your hair wet in front of people, and just become a little bit more self conscious.

Until eventually the day comes where you just cannot hide it anymore.

The day has come to face some facts!

And then, after years of having to juggle around this balding headache, you finally give in and shave it off.

I did it the exact same way!

So I know the feeling.

Although I really wish I did it a bit differently.

Let me tell you why.

There are a few massive issues with following this process.

Firstly, you just wasted years of having to constantly stress about and try hide your fate. It definitely takes its toll!

And secondly, you knew the end result. Yet you took the long way round to getting there.

My Advice For Balding Guys? Shave It Off Already!

This is the number one piece of advice I can give to guys who have developed ANY signs of baldness.

At the start of 2019 I decided to take the plunge and shave my head completely.

Now, before that, I had been balding for a few years, but you could never really see it as my hair used to cover it.

But I knew eventually that wouldn’t work anymore, and the world would see my bald head at some point.

And honestly, shaving off my head was the BEST thing I ever did. My only regret is that I didn’t do it sooner!

Most guys who have taken the step of razoring their heads completely all say the same thing.

I recently saw an interview with Joe Rogan where he also states this.

He says he wishes he had shaved his head at the first signs of baldness. It would have saved him lots of time and money spent on products that claim to stop balding or help with hair regrowth.

4 Reasons Why You Should Shave Your Head Right Now

Like I said before, if you see that you are slowly going bald, then it’s best to just get rid of it now already.

Below are 4 reasons why I think every balding guy should shave his head!

#1: No One Can Say Shit Anymore

By taking the plunge and razoring your head, your mates literally cannot ever say anything about you going bald anymore.

Because by shaving your head you immediately own the look, get rid of any bald spots, and it takes away any power your mates have!

#2: You Can Reinvent Yourself Quicker

When you take the next step and shave your head, you immediately sport a brand new look.

Within weeks, people would have completely forgotten that you ever had any hair on your head!

#3: The Longer You Wait, The Harder It Might Get

As time goes by and you keep putting off going full on bald, it will become more and more difficult to make the tough decision of shaving your head.

If you can see a little bit of baldness coming your way, then chances are most people can’t even see that just yet. We tend to always notice things on our bodies before anyone else.

So by shaving your head early on, people might not even know that you ever were bald. And slowly everyone will just know you as the shaved head guy.

As I have been saying all article, my number one piece of advice for balding guys is that you should get the razor or clippers out and shave it off!

Trust me, you will never regret it. 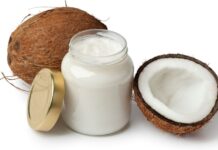 Coconut Oil For The Scalp – Every Bald Guy’s Must Have 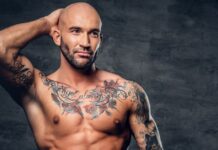 Bald Before And After – Ultimate Balding Transformation Of Some Members 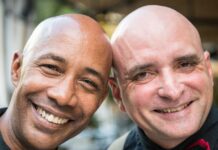