Disclaimer: The information presented by Bald Brothers is purely for informational purposes only. Any opinions on medical matters are purely the authors’ opinions, and do not represent that of any medical professional. It is your responsibility to evaluate your own medical or physical condition before using any of the information presented. By voluntarily undertaking any of the exercises displayed on this post, the user assumes the risk of any resulting injury. This post may contain affiliate links.

Yoga for men: See why it’s becoming increasingly popular for guys to start adding yoga to their weekly health and fitness routine.

The stereotype surrounding most men is that Yoga is a form of exercise for weak men and not a manly man, if you know what I am saying!

Yoga has been a traditional form of Hindu physical and breathing exercise dating back to its origin of almost 5000 years ago in India.

It was initially developed to to discipline the mind through meditation and the body is aligned and strengthened through various poses and practices purposely to bring together a mind/body connection.

In Sanskrit, Yoga means ‘to unite’ and describes a way to live a healthy life.

Over the last century, Yoga has been adopted by the western civilization and can now be practiced in almost every city in the western world, with various teachers offering kinds of Yoga to suit your basic needs.

Yoga For Men: Why Should Yoga Be Considered As A Form Of Exercise?

This is what most of my so called “manly” friends always say when they see me on my way to an early morning yoga class!

They don’t get it, and they just don’t know how it is constantly improving my physical and mental strength!

Since I have started doing Yoga, I have found that it has been a more difficult form of exercise than I thought it would be.

And at the same time, it’s been very rewarding to say the least!

Being in a yoga class for 60-90 minutes tests all the muscles in your body.

It works your legs, your core and your upper body at the same time, and forces you engage your core for the whole duration. This really brings your mind to focus on breathing in and out during every stretch.

Yoga forces you to activate muscles you would normally neglect in your daily normal life, sometimes even holding a yoga pose for up to 90 seconds, all while focusing on breathing in and out at the same.

I have also found yoga to be a great form of relaxation, allowing me to be to be free of injury and becoming aware of how my body works and functions!

Movement, breath, mindful attention and relaxation are 4 things I have found to benefit me since I started Yoga.

Benefits Of Doing Yoga On A Regular Basis

The science of yoga has many physical and mental benefits associated with it.

Below are a just a few.

In 2016 a study was conducted by Harvard University about the effects yoga has on a person.

What they found were that the students doing yoga had 33% decrease in stress and anxiety levels over this period.

And I can honestly back that up 100%. The mental benefits which I attain from practicing yoga have been incredible!

Most Popular Yoga Practices To Do

The 8 most common forms of yoga practices include the following:

Numbers 1-6 are the most common forms of yoga practices adopted in the west and can be done at most yoga studios.

Most yoga classes are practiced in either a room temperature class or they are heated at 40 degrees celsius.

I would advise you start off by doing a room temperature class in the beginning stages of your yoga practice, as hot yoga at 40 degrees celsius is taxing and will test you mentally.

How To Get Started With Yoga As A Guy

Getting started with your yoga journey is really easy and affordable.

No big financial investment is required by you. All you need is a yoga mat, comfortable clothes and some concentration!

All you need is basically the following items:

Once you have these items you are ready to get going and start incorporating yoga into your weekly lifestyle!

I started off by doing yoga at home before joining a class.

I did this so that I could get the basic idea of what the movements and poses were and what the names of each individual pose is as I didn’t want to get embarrassed in the class!

I found this was a good approach to getting started and suggest you do the same as it’s FREE and can be done from the comfort of your home, saving you time and money.

Check out this 20 minute yoga for beginners video below.

Once you have nailed this beginners class above, you should be getting comfortable with basic poses and postures, and are ready take it to the next level with some more difficult online Yoga classes.

Alternatively, you could join a yoga class in your area!

I have also found this 20 minute vinyasa routine below to be really good! Its a full body work out and will increase your heart rate. You’ll quickly see how yoga isn’t just for weak people!

Yes, Inner Dimension is a paid subscription service get your first 10 days free as a trial period.

I recommend trying them out for 10 days to see if you like them or not. 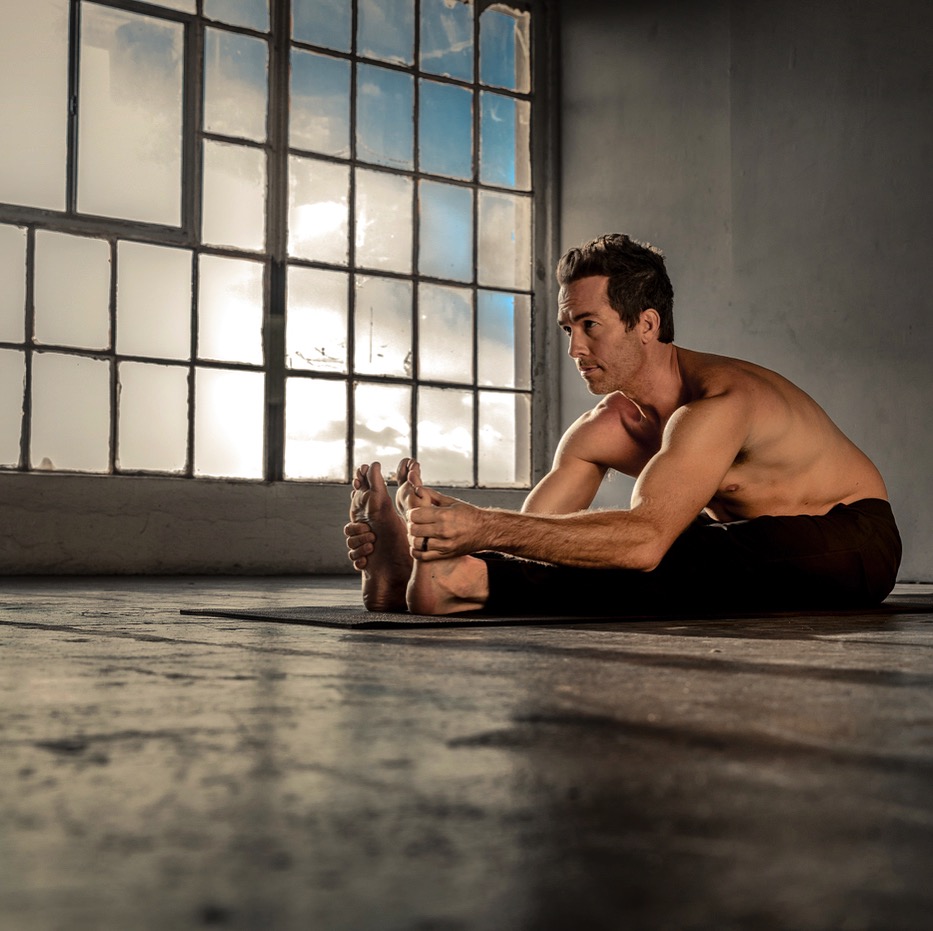 As my brother has mentioned in previous posts, most of us don’t do enough movement on a daily basis. Being confined to an office job is NOT excuse.

We all have the choice, and I have found yoga to make me more aware of moving and together with improving my breath, it has allowed me to become more relaxed and attentive.

Give it a try, and see the effects!