These inspirational men’s quotes are from some of the most famous leaders the world has ever seen. If you are in need of a little bit of motivation and inspiration, then these quotes are just for you.

There have been so many great inspirational leaders around the world in the last few hundred years that I wish I was alive when they were in power.

Guys like the great Winston Churchill or Teddy Roosevelt must have been a treat to witness in action!

Not only did these leaders do so much for their countries, but they were also the kings of inspirational men’s quotes.

So I have decided to throw together my favorite quotes from a few very famous past male leaders.

Quotes are always a good way to get inspired and to take action.

They might just give you that kick in the ass to start work on your new business project, or to start losing that weight by working out.

Right, let’s get to a few famous quotes that should light a little fire inside you!

Let me know if you think I left out a few good quotes that should be added to the list.

#1. “It is no use saying ‘we are doing our best.’ You have got to succeed in doing what is necessary.” – Winston Churchill

#2. “I have nothing to offer but blood, toil, tears and sweat.” – Winston Churchill

#3. “It is a mistake to try to look too far ahead. The chain of destiny can only be grasped one link at a time.” – Winston Churchill

#4. “Nothing in this world is worth having or worth doing unless it means effort, pain, difficulty.” – Theodore Roosevelt

#5. “Believe you can and you are halfway there.” – Theodore Roosevelt

#7. “Complaining about a problem without proposing a solution is called whining.” – Theodore Roosevelt

#8. “Solitary trees, if they grow at all, grow strong.” – Winston Churchill

#9. “I learned that courage was not the absence of fear, but the triumph over it. The brave man is not he who does not feel afraid, but he who conquers that fear.” – Nelson Mandela

#11. “There is no passion to be found playing small – in settling for a life that is less than the one you are capable of living.” – Nelson Mandela

#12. “Every accomplishment starts with the decision to try.” – John F. Kennedy

#15. “After climbing a great hill, one only finds that there are many more hills to climb.” – Nelson Mandela

#16. “May your choices reflect your hopes, not your fears.” – Nelson Mandela

#17. “Those who dare to fail miserably can achieve greatly.” – John F. Kennedy

#18. “We should not let our fears hold us back from pursuing our hopes.” – John F. Kennedy

#20. “The cynics may be the loudest voices, but I promise you, they will accomplish the least.” – Barack Obama

#21. “Get action; do things; be sane; don’t fritter away your time; create; act; take a place wherever you are and be somebody; get action.” – Theodore Roosevelt

#22. “You have enemies? Good. It means you’ve stood up for something, sometime in your life.” – Winston Churchill

#23. “Nothing in life that’s worth anything is easy.” – Barack Obama

#26. “Character is how you treat those that can do nothing for you.” – Nelson Mandela

#27. “You must become the change you see in the world.” – Mahatma Gandhi

#28. “When the eagles are silent, the parrots begin to jabber.” – Winston Churchill

#29. “If you could kick the person in the pants responsible for most of your trouble, you wouldn’t sit for a month.” – Theodore Roosevelt

#30. “The greatest doer must also be a great dreamer.” – Theodore Roosevelt

Make sure to save a few of these or come back every once and a while to refresh your memory! 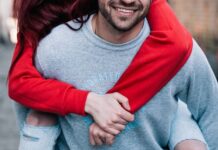 The Best Date Ideas Perfect For Any Type Of Couple 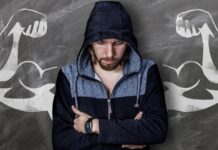 30 Of The Best Man Quotes | Quotes About Manhood 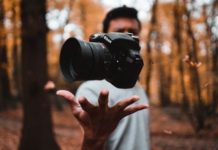 50 Awesome Hobbies For Men That Can Only Improve Your Life

ABOUT US
Two bald brothers, helping other bald men live the best lives possible.
FOLLOW US
© All Rights Reserved | The Bald Brothers
43320shares